How has Linux dedicated server a better option?

Home Uncategorized How has Linux dedicated server a better option? 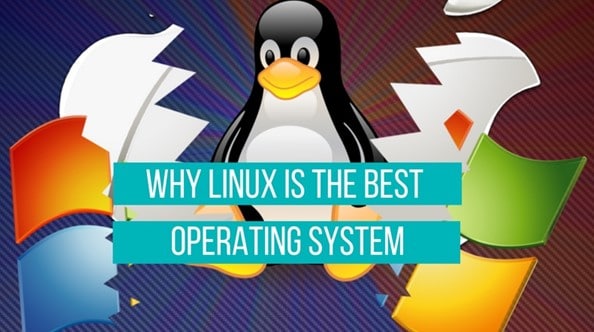 How has Linux dedicated server a better option?

Are you in the process of deciding an operating system for your server? Then choose the OS installed on over 95% of the world’s best supercomputers! Wondering what could it be?

It’s Linux. If you are still not convinced, companies such as Google, Facebook, Twitter, Amazon and many others have their servers running on Linux-based server software! Available in a freeware form since 1992, Linux is considered to be the best option for web servers. We will go through the advantages of Linux over Windows in this article.

Linux operating systems are best known for their ability to run for years without failure. Many Linux users have never witnessed a crash. This is particularly valuable for small and medium-sized businesses, for which downtime can have disastrous consequences.

Linux is also inherently more secure than Windows, whether on the server, the desktop or in an embedded environment. This is because Linux is based on Unix, which was designed from the start to be a multiuser operating system.

Linux is slim, trim, flexible and scalable, and it performs well on any computer, regardless of processor or machine architecture. Whereas Windows requires frequent hardware upgrades to accommodate its ever-increasing resource demands.

Linux can also be easily reconfigured to include only the services needed for your business’s purposes. This reduces memory requirements, improving performance and keeping things simple.

Nothing could be cheaper than Linux, since the software is generally free. Windows or other proprietary software require user-based licensing and a host of expensive add-ons, especially for security.

Linux collects very little user data, and since the system is customisable, you can always get rid of any software you don’t trust. But there is a lot of talk about the lack of privacy options in Windows 10. Today, the operating system gathers more information than ever to profile its users, which could translate to lack of privacy.

Lastly, one of the biggest problems of Windows is that it has a habit of slowing down as time passes by. The contributing factors here are: adware, spyware, and other benign problems running in the background. This is mainly due to the internal registry that windows uses. Linux has no registry, which means that it’s never as slow as Windows can be.

A larger percentage of servers powering the Internet today run on a Linux-based operating system, and this has been credited to the above key reasons. Are you a Linux user? If yes, tell us why you think Linux is better than Windows or other platforms for servers, in the comment box below.

Give a Reply Cancel reply